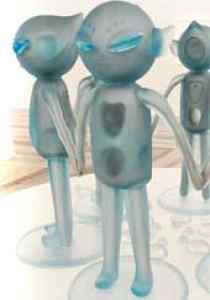 We finally agree on something

Finally – something which the Raelian Movement and the Vatican agree on– the possibility that life exists somewhere other than Earth. ;-)

For a couple of decades and little known to most of the world, the Vatican has owned one of the world’s most powerful telescopes. About 10 years ago, many people were starting to wonder why. The Vatican released a similar statement several years ago about the possibility of life on other planets but for some reason said it again this week: The Rev. Jose Gabriel Funes, the Jesuit director of the Vatican Observatory, said “the vastness of the universe means it is possible there could be other forms of life outside Earth, even intelligent ones.”

Gee, ya think? Sorry….hehe…it’s just so funny to see them trying to backpedal simply because they have to. They have claimed a monopoly on the truth for centuries. Every time science starts to prove their teachings wrong, they have always tried to either suppress the discovery of that truth, or, morph into something else, saying “we knew it all along”. It only took them 500 years this time. ;-) Their only alternative is to lose even more credibility in this age of science and reason. They would surely lose even more members than they already are losing. Christian membership on the whole is dropping at a rapid rate thanks to science which removes one mystery of life after another and promotes secular thinking. This is why the Vatican and other Christian leaders have always been against scientific progress. So, since they can no longer ignore the mountains of scientific discovery which proves their past teachings as inaccurate, they now morph into something different – in this case by stating that the idea of extraterrestrials doesn't contradict their faith because aliens would still be God's creatures.

Rael pointed out: “Without any doubt, when The Elohim arrive at the Embassy, fanatical God believers will claim that their "god" also created the Elohim.” If you are reading this, you’ve also probably read some of the many articles on this site which explain who The Elohim are. If you’re not up to speed on this, we invite you to download RAEL’s book for free here, Intelligent Design. (hint, the answer is in the first chapter…heehee)