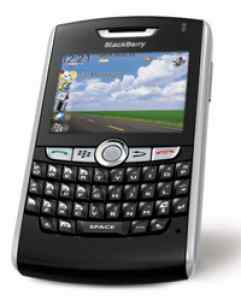 Claims that cell phones are dangerous have been circulating ever since these devices hit the market. Maybe you even saw the compelling video recently circulating through the internet which shows several instances of people pointing 4 cell phones at some popcorn kernels, calling the phones and then the kernels popping into edible popcorn. (butter not included) The video is here if you like:
http://www.koreus.com/video/telephone-portable-mais-popcorn.html

In only 5 weeks, apparently more than 14 million people saw this video. Even more saw it on TV since CNN and other stations showed it.

The video turns out to be a fake. The interesting thing here is why would someone want to make such a video? Why make such a claim? In this particular case, it is a marketing tool, based on fear, which promotes Blue Tooth headsets – obviously making the statement that Blue Tooth headsets will protect you from dangerous cell phone radiation. In most cases, however, such fear tactics are used for something else as The Prophet Rael said here:

“How many amongst you believed this video when you first saw it? This video proves that most people without scientific knowledge are inclined to be suspicious regarding the potential "dangers" of science, even for a very simple device like a cell phone. The very simple fact is: in order to make popcorn, you need a lot of heat. If you can't feel the heat close to a cell phone, there is no way even 3 or 4 can make popcorn. Normally, in claims like this, people who are against technology use every opportunity to say: ‘You see, technology is dangerous, they are hiding the truth’. Obviously this video was used by another technology company to sell their own product, but the same principle applies. This company played on the basic fear and ignorance in people that conservatives use very successfully. This is a good lesson for everyone - even for some Raelians, who are huge proponents of science and technology”.