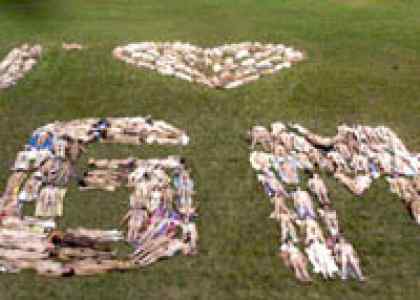 Being sterile, they wont be able to escape and contaminate the other crop :-)

Rael made the following comments today:

One of the arguments of anti-GM fanatics is that Genetic Use Restriction Technology or GURTS prevent "poor farmers from saving and re-planting harvested seed"... This wonderful technology is the absolute right for GM companies spending millions of dollars in researches to create new species to protect their products from being pirated and used illegally by criminal stealing the fruits of their patented work. "Poor farmers" can still buy regular seeds and use it forever if they like. GM seeds are not made for them but mainly for big corporate farmers. What is funny is that the fanatic anti-GM people call this great patent protection technology "terminator", a great word to scare uninformed people. What is also funny is that the same anti-GM people also scare people by saying that these GM plants can invade the wild world and destroy or contaminate "normal" plants... it's precisely the advantage of Genetic Use Restriction Technology or GURTS, making GM plants sterile, that makes it impossible to escape or "contaminate" the wild world... Hypocrisy at its worst...