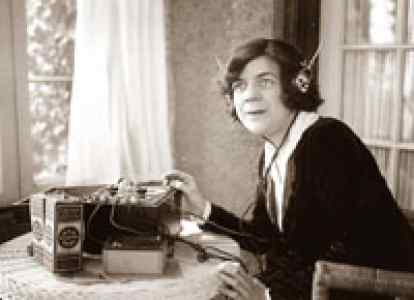 It is already done by the Elohim

In a recent address at an event to mark the 50th anniversary of the British Computer Society, Martin Sadler of PC firm Hewlett Packard, said that by 2057, there could be at least 1m devices for every UK resident with the purpose of recording their entire life from birth to death. "More aggressive" calculations suggest there could even be 20m sensors per person, he added.
Of course this will generate some very interesting debates, but the first point I wanted to make here, is the fact that Rael said that our entire life is currently already recorded by the Elohim. Martin Sadler says that it will happen in 50 years. Our creators have 25,000 years advance, so it shouldn’t be too difficult for them to organize that and store it on a device thousands of time smaller than what we can imagine at this time, smaller than a grain of sand.... Our technology is moving so fast! It is fascinating to Rael's predictions unfold the way they are at the moment.
Martin Sadler said, according to the BBC, "Maybe the first time you know you are pregnant is when a targeted piece of advertising comes through on your computer screen offering you some baby clothes because somehow the smart toilet, or some other aspect of your environment, leaked that information," hum…
Oliver Sparrow, a scenario planner who has advised the UK government and international organizations was at the event too and said that advances in technology and a more complete understanding of physics would lead to a new breed of devices that are "too small to see, that permeate your body, permeate the space in which we exist, record everything, know everything about you, transmit your reputation wherever you go."
This definitely reinforces the need to have a society managed by people who have a high respect of Human Rights… geniocracy will be the key here.
Raelians vow to live according to the teachings of the Elohim and give love to as many people as possible every day of their life when they become Raelians… Happy that this will be documented!