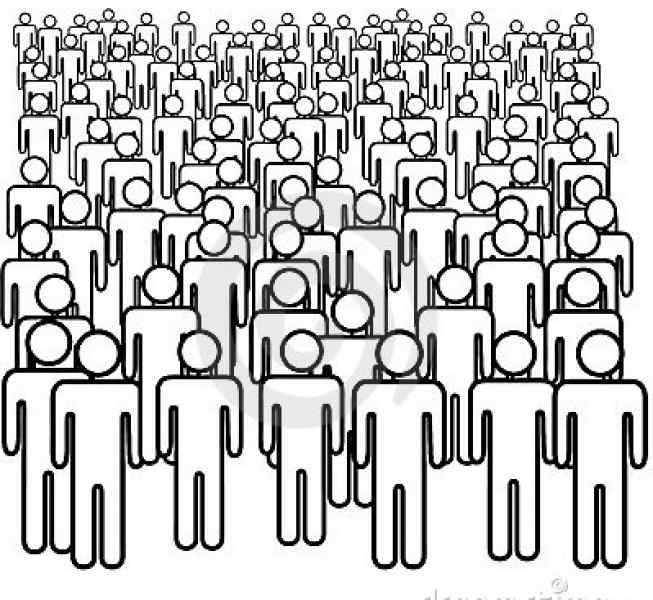 What made the people of America attack Iraq and so many other countries? Answer: their need for resources. After all, the American government has more than 300 million citizens expecting electricity, transportation and the comfort they are accustomed to. If they lose access to energy sources, they will lose their power. So instead of clearly explaining to the American people that they might need to change their habits to permit people in the Middle East and Africa to live better, they close their eyes to the suffering they caused. They are blind to evidence that they are invading a country to satisfy their greedy needs, hiding the facts under heroic pretense. This is nothing to be proud of.

Why are the Japanese people suffering from radiation exposure today? As Rael explained in a recent address, the Japanese government had to deal with 127 million people who expect electricity and comfort every day. So the government had no choice. To keep its citizens happy, it multiplied the number of nuclear plants, even in tsunami-exposed areas like Fukushima. This is another example of shortsighted planning by people who wanted to please their electorate, leaving those who would next be in charge to clean up the mess. But we don’t have the technology to clean up this specific radiation mess, so millions in the Tokyo area will soon develop cancer. Where is the planning?

We need a world revolution, but not a revolution like the one started by OWS (Occupy Wall Street). Those participating in OWS are right, but they are shortsighted again. They are correct that those responsible for the global mess are associated with Wall Street, that a few wealthy individuals are managing the planet as though they own it, and that all other people are their slaves. They are not even “the 1 percent” of the population that many like to refer to now. No, they are a mere few hundred out of 7 billion! They are more like 0.00000001 percent. How is that conceivable? How can we let a few hundred people decide our future when their decisions are motivated by greed? Is the population that dumb and blind? OWS is right to denounce the greedy so that we can all have a share of the planet’s wealth and not allow anyone to starve anymore. But to really change the planet, we need a plan. OWS has no plan.

What do we want for the 7 billion people on Earth? Thousands of years ago, those who created us made a paradise (see www.rael.org). We need to repossess and recreate this paradise. We need Paradism.

When Rael officially launched this societal concept of Paradism in 2009, he explained it as a form of communism without a proletariat and without banks or money. Under paradism, everyone would share the benefits of science, technology and prosperity while still respecting the planet (see www.paradism.org).

Rael has long predicted the fall of capitalism, an economic system driven by growth, in which competitiveness is praised and the accumulation of goods is encouraged.

In opposition, Rael explains that cooperation is the future of humanity, with everyone working for the good of everyone else. He states that in a paradist society, money would no longer exist, since money is the fruit of power and competition.

“We don’t need money if everyone works for the good of everybody else and everyone helps each other,” Rael explained in his statement.

Raelians say paradism is also an answer to those who predict that the fall of capitalism will bring generalized poverty and regimentation.

“There is no reason to fall into poverty, considering the level of technology we have now,” Rael said. “If the right resources were spent on dedicating our current technology to the well being of all rather than on financing wars, we would have enough robots to do our work and enough food generated for all.”

If you think this is a utopia, you are right, since a utopia is “an ideal community or society possessing a perfect socio-politico-legal system.” It might take a while to reach this ideal, but we need to start now. By using all geniuses on the planet, those who would never be elected since they lack egos to run for election, we can design a plan to change the planet for good. It would be a plan that would never use force, a plan that would be implemented with absolute nonviolence. Gandhi changed India without violence. He simply used his determination, his love for human beings and a clear nonviolent guideline. We can do the same at the planetary level.

If you want to be part of a real worldwide movement that will design an intelligent plan for planet Earth, join us on Facebook. Whatever your race, religion, or location, if you are looking for a truly unselfish group that has only one agenda – cleaning up the mess made by the greedy – please join us and bring your color and energy.

Our goal is to have Paradism parties created in every country as soon as possible so we can be heard and hopefully be in charge of recreating our paradise.