Texas resident claims we are in 'End Times' 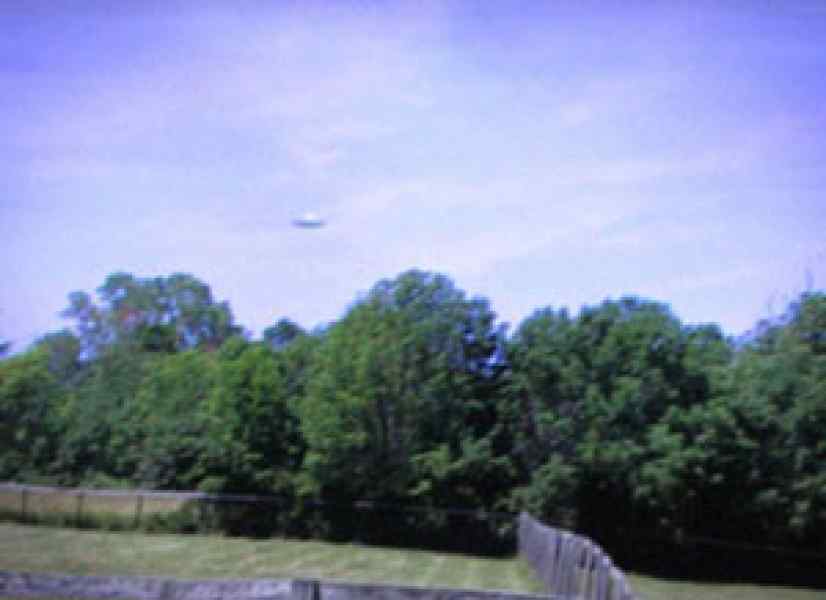 Once again, many people have reported seeing a UFO in the same area and this time it was in a small town of Texas. Among these include a pilot, county officials and business owners. A couple of dozen people all insist they have seen a large silent object with bright lights flying low and fast. Some even reported seeing fighter jets chasing it - even though military officials said that none of their aircraft were in the area - yet these military officials also insisted there was a "logical explanation" for these dozens of sightings. If they don't offer one, how can they say that?

If you are reading this, you are probably aware of the Raelian philosophy which states that all forms of life on Earth have been engineered by scientists, human beings coming from another planet, who were mistakenly considered as gods by our ancestors who couldn’t understand the scientific concept of life creation. These creators have been contacting us for centuries, though their messengers like Rael and leaving traces of their existence like they did in Texas last week… Their meeting with Rael occurred a little more than 34 years ago… and no matter what, their explanation of our existence is definitely the most logical that is, freeing human kind from an invisible, mystical, omniscient, omnipotent God who has devised a loving plan yet is ready to punish nonbelievers eternally… freeing us as well from the odd of evolution and most importantly giving us hope for a bright future based on technology and respect of life.
But going back to sighting… why do they appear? Why don’t they land now? Why don’t they contact our President….

Well for the President, the answer is easy, who would trust him? His dictature is based on his talking to god. Surely to be told bluntly that god doesn’t exist can harm his authority, he won’t let that happen… Isn’t is what actually has been happening for centuries? Religious leaders having all evidence that there is no god but hiding those to make sure they keep their business open? Politicians using fear to manipulate and for sure the next manipulation to come will concern space. Once there is no more enemy to fight on Earth, politicians will disguise these peaceful extra-terrestrials into the next civilization to fight against… and our Creators know that. This is the reason why they have contacted Rael, to prepare humanity to the time of their coming back, to have the people if not ready to welcome them, at least informed of their existence, and hopefully of their peaceful existence.
Every sighting that has been described is showing that they are clearly more advanced than us. If they had bad intents, they could have invaded us a million times or destroy us. Instead of that, they obviously play, appearing in small areas, to a few people or to single individuals, shaking their whole life as these witnesses most of the time hide their vision, concerned of being taken for a fool if they talk about it. To believe in god, in our society, is highly praised and a sign of health but to believe in extraterrestrials makes you suspect of psychiatric imbalance!!! Our children will laugh so much at us, and for sure we Raelians cannot keep from smiling when we see comments like the one from a resident of that Texas town who was quoted as saying: "People wonder what in the world it is because this is the Bible Belt, and everyone is afraid it's the end of times. It was positively, absolutely nothing from these parts."

Heehee... :-) Don't worry Stephenville! It’s not "the end of the world". It is simply "the end of the world as we know it". And this is wonderful!! No more suffering, disease, hunger, fear, guilt. No more injustice or inequality. No more war - or even intolerance of any kind. No more primitive religions which teach there is a god waiting to punish us for not believing, for not killing in the name of that God, for not stoning adulteress or other such nonsense. Sounds like a better world, does it not? :-) Well, that’s the world that at least Raelians want to build …

Remember - in a recent poll, almost 15% of U.S. residents said they have actually seen a UFO. When we consider the fact that most people would never admit they say a UFO for fear of being ridiculed as Stephenville residents ridiculed Ricky Sorrell when he told them of his UFO sighting, the number of people who have seen UFOs could easily double. Even triple!

OK. So let's say - just to be extra "Texas conservative" that 75% of these could be explained away by saying there was certain lighting conditions, planets mistaken for ships, our own commercial or military aircraft etc. Let's even say 90% just to be really conservative. That means that there are still tens of thousands of people who have seen what are truly UFOs. That's a lot of fly-by's which are saying "We are here"!!

The Elohim would love to return, but only if we would like them to. All they ask is that we try to understand instead of believe - and that we try to love ourselves more. It's so little to ask, don't you think? :-)