The raelians at the gay parade in Sydney 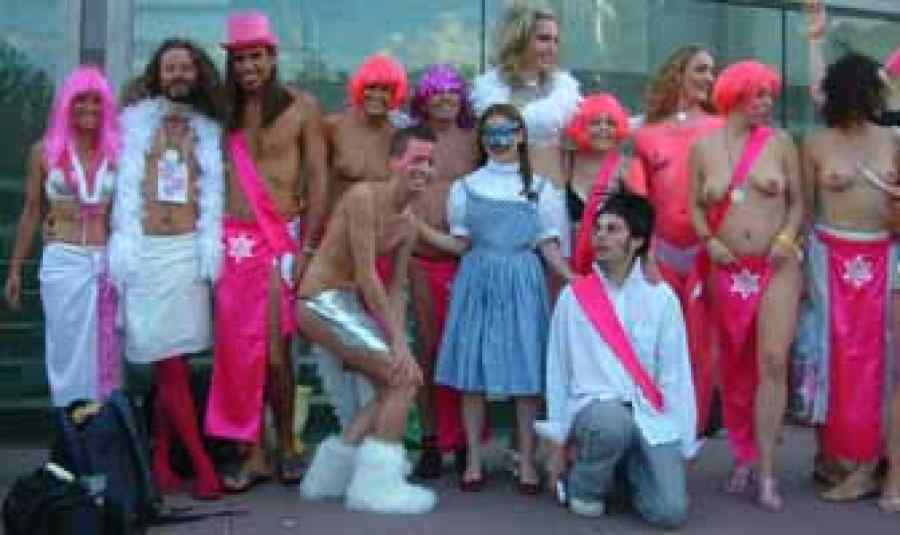 On the day of femininity, while the Quebec Raelians were being booed by the feminists in the streets of Montreal, and the US raelian girls were undressing in the streets of Miami and San Francisco, we were applauded by more than 200,000 people at the gay parade in Sydney, the most popular event of the year in Australia.
Last year we were denied access to this parade as the organizers didn't like our posters. Our actions to denounce this discrimination was obviously successful since we were accepted this year with the exact same posters saying "Debaptize from your homophobic religion", "Churches created homophobia" "Church apology and compensation for crimes against homosexuals". Even in a politically correct parade we can be politically incorrect.

Jean Francois Aymonier, continental guide of Oceania (with the hat on the picture) said that he witnessed many people in the crowd applauding our messages.