after suffering religious discrimination in Switzerland 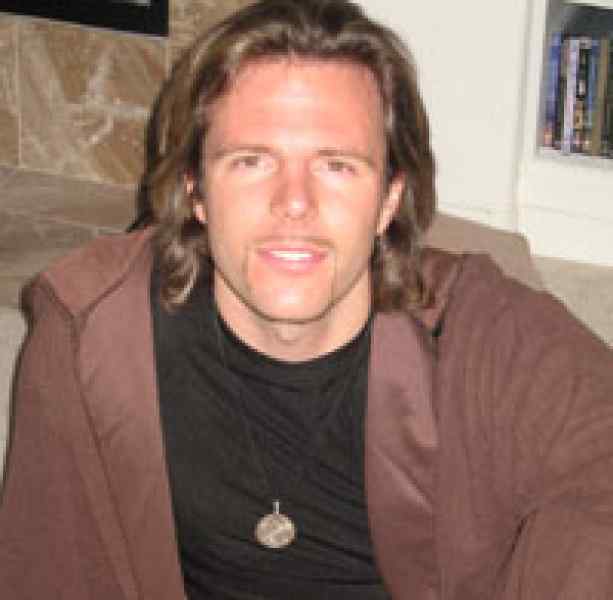 LAS VEGAS, Dec. 6 – “I came to the United States seven years ago because of religious discrimination in Switzerland,” said Raelian Guide Thomas Kaenzig, who heads the Raelian religion in Nevada. “Now I’m standing up for religious freedom here – for my right to omit all religious references in becoming a U.S. citizen since religious freedom also means having the right to choose no religion at all. After lots of red tape, I was granted a God-free citizenship oath-taking ceremony on December 7 here in Las Vegas.”

Kaenzig said he lost his job in Switzerland because of his beliefs.

“As a Raelian spokesperson, I bashed the Vatican in an interview with Switzerland’s major newspaper, Blick. I wasn’t wanted on company projects after that. I was jobless.”

Raelians deny the existence of a personal deity. Instead, they honor the Elohim – extraterrestrial scientists who created life on Earth, including humans, through genetic engineering – and they follow the teachings of Rael, the Elohim’s Last Prophet. The Raelian Movement founded by Rael now includes some 65,000 members in 90 countries.

“As a Raelian, I objected to three things in the standard naturalization procedure,” Kaenzig said. “I object to an oath saying I’ll bear arms to defend the country; to an oath ending in ‘so help me God,’ and to a public ceremony violating separation of church and state. The judge, a public official, typically pronounces ‘so help me God’ at the end.”

Kaenzig said alterations to the citizenship oath have been permitted before but that he was probably the first to insist upon omitting all religious references from the oath ceremony, including those made by the judge.

“The rules say people can modify the oath, especially the ‘bearing arms’ or ‘so help me God’ parts,” Kaenzig explained. “But to my knowledge, I’m the first to refuse taking part in the public ceremony because the religious reference made by the judge violates separation of church and state. They approved my personal oath change. But I still didn’t want to take part in a ceremony where a public official makes a religious reference. Finally, they offered to let me take my oath in the judge’s office, with just me, the judge, the court clerk and a representative from immigration services present – and with no religious reference made by the judge. I said OK to that.”

Kaenzig said because the Raelian Movement is an atheistic religion, Rael had made attorney Michael Newdow an Honorary Guide for his commitment to remove all mentions of God from U.S public affairs. Newdow, who assisted Kaenzig in his naturalization case, pleaded an argument this week at the 9th Circuit Court of Appeals, seeking to omit the words “under God” from the Pledge of Allegiance and U.S. currency.
Was the citizenship oath compromise satisfactory to Kaenzig?
“For my own situation, yes,” he replied. “But it doesn’t prevent religious references in future public ceremonies. Still, it’s a significant first step. We’ve learned someone can ask for a separate ceremony that omits all religious terminology. And actually get one!”