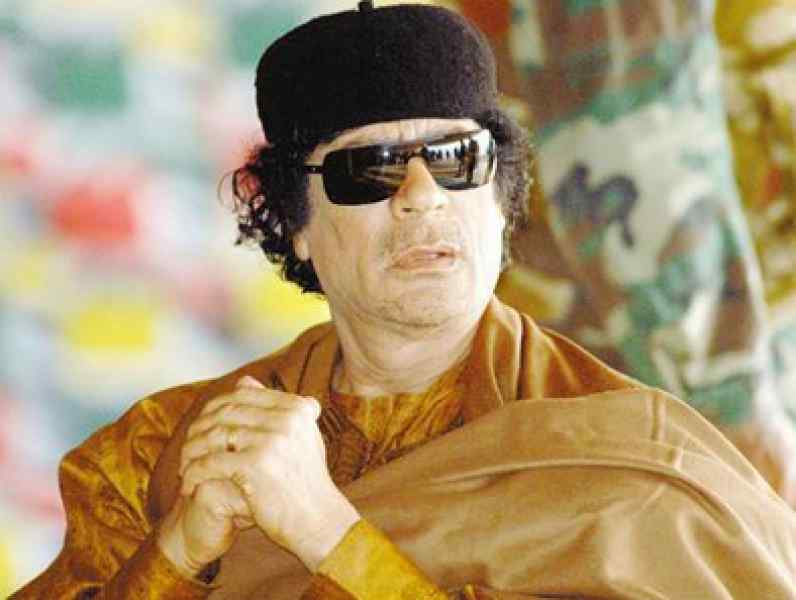 In a recent speech about world events, Rael, founder and spiritual leader of the International Raelian Movement, declared his support for Muammar Kadhafi, guide of the Libyan revolution. Rael said Kadhafi is a victim of international aggression and supported Kadhafi’s proposal to replace the dollar with a gold-dinar that would become the new African currency.

After calling the currency proposal “a marvelous idea,” Rael said the true reason for the current attack on Libya is “an open secret.”

“The international aggression against Libya has been covered up under the pretext of protecting the civilian population,” he said. “The only real reason is to hoard the oil and combat Kadhafi's idea of creating a currency based on gold, which could be used instead of the dollar for oil transactions.’’

Indeed, according to recent news reports, Kadhafi has recently rejected both the dollar and euro for oil transactions. He has also called upon the African continent to unite in the use of the gold-dinar, which could become the sole currency in Africa. This idea was approved by many Arab countries and most African countries, with two exceptions: the Republic of South Africa and the chief of the Arab League. But the proposed currency measure met with serious disapproval from the United States and the European Union, and especially from President Nicolas Sarkozy of France, who calls Libya a threat to the financial security of humanity.

“We, the Raelians of Kama (the native term for Africa) congratulate Kadhafi's action, which is an answer to Rael’s ongoing appeal for creation of a single African currency,” declared the Raelian Guide Tai Ehouan, leader of the Raelian Movement in Africa. “Rael launched that appeal to African countries nearly two decades ago.’’

Ehouan added that in an October 2009 interview, Rael discussed the last 50 years of Kama’s independence, warning African nations of future aggression from former colonizers currently suffering from economic and financial crises. He said the former colonial powers would not hesitate to return and colonize them again, and that they would use all possible false pretexts to justify their military interventions.
“Unfortunately, that is what we are now witnessing in Libya!” Guide Ehouan explained. “It has become more than urgent for the African leaders to wake up and listen to Rael.”