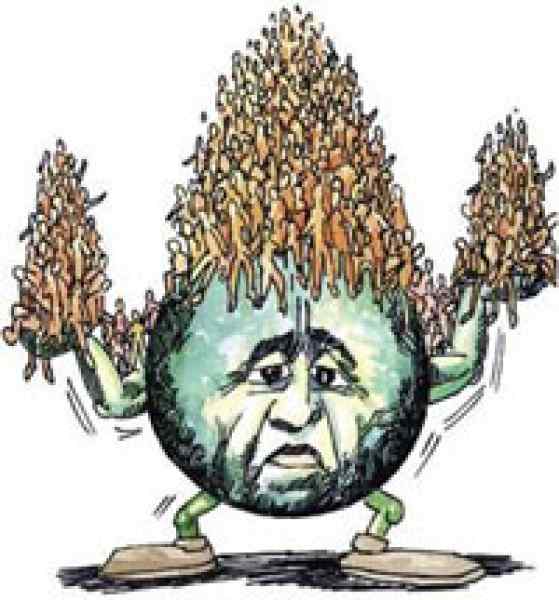 "The problem facing humanity is that we need too much electricity because we have too many people on Earth; it is overpopulated,” Rael explained.

The concept of having too many humans on Earth is not new to Raelians. The threat linked to overpopulation was clearly described in the Message given to Rael in 1973, when he met the scientists who created life on Earth,”according to the Raelian scriptures.

“With our present technology, Earth shouldn’t have more than 3 billion people. But we now have more than twice that number,” Rael said in his recent speech. “Right now, almost all of the world’s governments are criminals, not because they create nuclear plants, but because they keep pushing people to have more children – and those additional want to have more electricity and hence more facilities like Fukushima. The Fukushima crisis is a result of overpopulation!”

According to Rael, if there were only 60 million people in Japan, there would be no need for risky plants like Fukushima.

“The Japanese government is urging Japanese families to have more children,” Rael said. “That’s the real crime, not building Fukushima. The only responsible policy would be to say to every human being, as the Message of the Elohim conveyed in 1973, ‘Have less children!’ But we are having more children instead! If humanity survives – and we are not sure it will survive – maybe millions of people will die because of this mistake. And if we do survive, future humanity on Earth will judge us, those living now, and say, ‘How stupid they were!’”

Rael said the United Nations should not be attacking Libya or Syria, or checking for nuclear bombs in North Korea. The emphasis should be on population control, he said.

“The United Nations should force every country on Earth to impose limits of one child per family or per person, everywhere in the world,” he said. “Remember, when you make babies, you are committing a crime against humanity. We have arrived at this kind of funny state of affairs where giving life is giving death. For every time you give birth to a baby, you cause more death in the future because additional babies will need power.

The wise decision is to limit the population. Of course people want to love a child; it’s a beautiful thing. But if we transfer that love to loving other people, instead of loving my children, my baby, which is very selfish, we will be loving humanity.

If we start to consider humanity as our child, we don’t need this narcissistic experience of having a baby with the same face that we have.”

Rael reminded us also that if we don't fix this overpopulation problem, we will disappear. “The earth will not disappear, there is no need to save the Earth as the Earth doesn't need us, but Humanity needs the Earth to survive and that's why we must limit our number.”

He also added that it is time to learn some humility as no one at this time can fix the problems faced by Humanity: “If humanity starts to say, ‘We’ve been stupid, so let’s be a little bit more humble,’ let’s first stop having so many babies and start using the Earth’s resources in a responsible way. Let’s stop making a few people rich while everybody else is starving to death and stop making wars. There are so many things to change. But to make those changes we need to learn humility.”

In his conclusion, Rael referred back to the Messages he received in 1973 that not only predicted the problems of the times we are living now, but also gave the solutions.

"The best act of humility is to recognize the Elohim as our creators and stop thinking we are the leaders of the universe," he said. "We need to accept that some intelligences are higher than ours and welcome them with humility, love and thankfulness. Then they will help us. There is only one way out, and that is to welcome the Elohim and ask them to clean up our mess. Right now, we have thousands of scientists trying to clean Fukushima and they cannot, and it will take at least another 25 years to clean up Chernobyl. They don't know how to do it; they have no clue. The only way to solve the problem is to build the embassy and to welcome the Elohim. If we do that, they will fix it in a few seconds!"