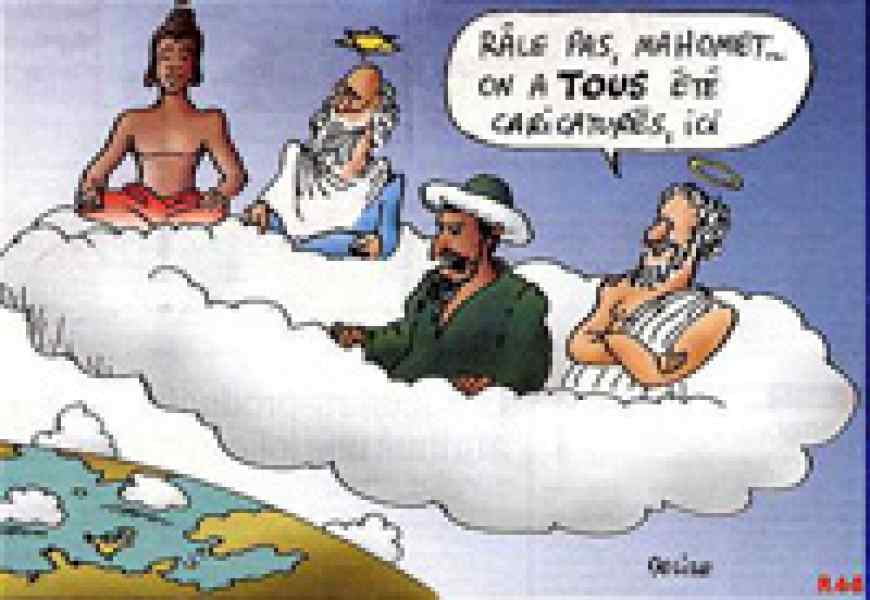 He also encourages all those who want to make caricatures of himself to do so, so that he can have a chance to laugh at them.

“I ask all freedom lovers to create and publish drawings of any god, Allah or Elohim, and also of any prophet, including caricatures of myself, since they always make me laugh.” declared Rael. “This is something religious fanatics forget: we have been created to laugh."

"Freedom of expression for artists must never be limited," he added. “Besides, we don't have an actual photo of the real Muhammad, so nobody can say if it's him or not when someone draws a caricature.”

Most importantly, Rael said, although religious Muslims can follow a rule asking them not to make any images of their prophet, non-Muslims have no such obligations. “Any Muslim can make a drawing of Jesus or Buddha," he said. "Freedom of expression must be absolute and free from any censorship.”

"Rael is the only one on Earth able to accurately describe the prophet Muhammad, since he was introduced to him when he visited our Creators' planet in 1975,” said Dr.Brigitte Boisselier, spokesperson of the International Raelian Movement. “Rael describes his time there with all the prophets, including Moses, Jesus and Buddha, as full of humor and laughter. No doubt Muhammad would also love to laugh at caricatures made of himself.”
A Facebook page is currently being set up by the Raelian Movement so that anyone can post or place a link to such caricatures of the prophets. We will keep you posted :-)