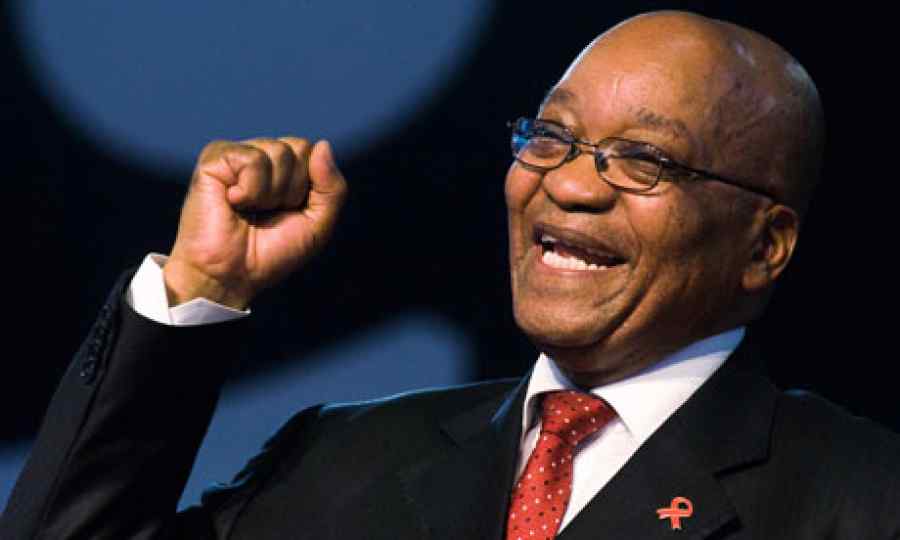 President Zuma recently strongly criticized Christianity by stating that Christianity is to blame for creating African orphans. Also when referring to pre-Christian times in Africa, sources quote Zuma as saying “Those were times that the religious people refer to as dark days but we know that, during those times, there were no orphans or old-age homes. Christianity has brought along these things...”.

Zuma's comments echo Rael's repeated calls for Africans to oust the colonizing countries and Christianity, and return to the pre-colonial borders as well as ancestral religions of Africa. “By adopting the religion of the colonizers, they betrayed their ancestors,” commented Rael on a recent interview. President Zuma similarly stated "...South Africans should return to the old way of doing things."

Rael went even further in 2008 when he launched a wide apostasy campaign on the continent: ““The need for spiritual decolonization is really urgent, the people of Kama [ancient name of the African continent before colonization] must apostatize from Christianity, a religion that insults the memory of their ancestors. Those ancestors can't rest in peace because they're watching their descendants practice the religion of the colonizers, who forcibly conquered them through bloodshed and made them convert to Christianity the same way."

According to Rael, traditional African religions should be taught again to populations and in schools as part of the cultural inheritance of Africans. “The spiritual decolonization of Kama is an indispensable condition for the future development of this continent. Mao Tse Tung understood this principle; he launched the cultural revolution that was necessary to bring China to the superpower status it now enjoys."

More on Rael's vision for Kama can be found on www.raelafrica.org