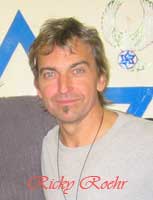 Ricky Roehr, head of the US Raelian Movement has released the following statement: As reported Jan 31, The Raelian Movement's website (www.rael.org) was hacked twice in the last 5 days by Islamic cyber terrorists. But more layers are being discovered. It seems that these cyber terrorists have their server in Orlando, Florida! (http://www.hostdime.com/contact.shtml) The cyber terrorists have now attacked a US internet provider from another US location, thus not only attacking freedom of speech but also crossing international borders to do it. The FBI and Department of Homeland Security have already opened cases to investigate.*

Even after receiving the facts, logs etc. of this matter from Jon Levy, attorney for the US Raelian Movement, this Orlando ISP is not in any big hurry to investigate or shut the hackers down!

For a few days these hackers even posted remarks bragging that they hacked all the Raelian Movements' sites and then removed these remarks after realizing that they will be prosecuted to the fullest extent of the law. But...they did not remove these remarks in time. All the removed pages were documented before their removal and are being presented as evidence. These Turkish nationalists also proudly take responsibility for hacking the Kurdistan People's Congress in 2003. (pkk.org and kongra-gel.net) So the US and Turkish governments would both benefit from a cooperative and full investigation.
According to their site (www.hothackers.com) this group has ties in Paris as well as other cities abroad, giving more evidence that this is a truly international matter. At the same time of the hackings there were also several documented death threats against from Turkish names against US, British, Isreali, Canadian and French members of the International Raelian Movement . It should be noted that only fanatics could carry out such actions as the Raelian Movement is well known for promoting the respect of all religions.

So what should be deduced when we realize that these Turkish Islamic fanatics are using a US ISP to attack another US ISP? That's what we want to know but until Dime Host moves as they should who knows what other damages could be done? Certainly Florida officials could get Dime Host to move faster.