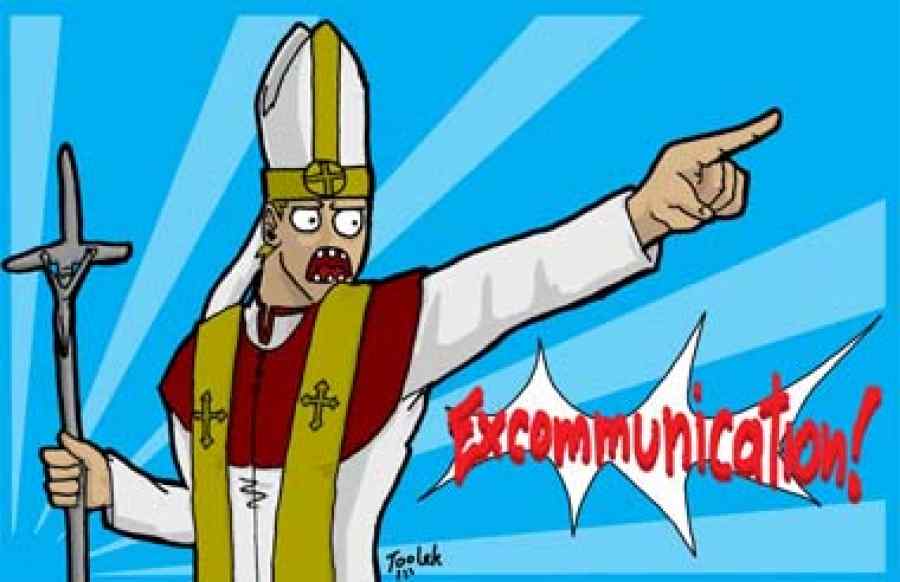 A recent decree by Germany's Catholic bishops states that people who opt out of a "church tax" should not be given sacraments and religious burials.
About 200,000 German people per year choose to not pay their religious tax anymore. The Catholic church didn't know what to do with them until last week when they decided, in agreement with the pope, that those who do not pay their duty to the Church should be denied all services from the church, they cannot be married in a church anymore nor buried.
We certainly understand the logic behind this decision, when we apply the current commercial system. One has to pay for a service. But should trade be a part of the equation when considering a religious group, a philosophical entity that preaches love and compassion? Our answer is clearly no.

The Raelian Movement is built and managed only by volunteers and no one is or will ever be paid for being a Raelian Guide, this is one of the tenets of our philosophy.

According to official statistics the German catholic church receives 5 billion euros per year from the church taxes collected by the government. Are these 5 billion euros only used for burials and marriages across the country or are they used to feed more acquisitions of German companies like the many owned by the Catholic church?.
As an example the company "Weltbild," Germany’s largest media company which sells books, DVDs, music and more also happens to belong 100% to the Catholic Church. One can find 2,500 erotic books in their catalog. The Church also owns a 50% share in publishing company Droemer Knaur which produces pornographic books, and so indirectly is also a publisher of pornographic material, titles including “Nimm mich hier und nimm mich jetzt!” (Take Me Here, Take Me Now!), and “Sag Luder zu mir!” (Call Me Slut!).
Is it a way to push more people to ask for their confession services? Can anyone find a more hypocritical situation?
The German Catholic Church is clearly one of the biggest German enterprises and no one should be fooled by their philosophical messages. They shouldn't be allowed to talk about their prophet Jesus as their leader and deny help to people in need of comfort just because they haven't paid their taxes. This is insane.
Hopefully more German people will see the reality and overcome their fear of hell and have the strength to leave the church, to leave this trading company as it is all about trade: “Give me your tax and I will guarantee your passage to heaven and make a few cross signs over your wedding rings and your coffin, and hide carefully the pedophile priests and the porn business we are in'... This is what the Catholic Church is all about.