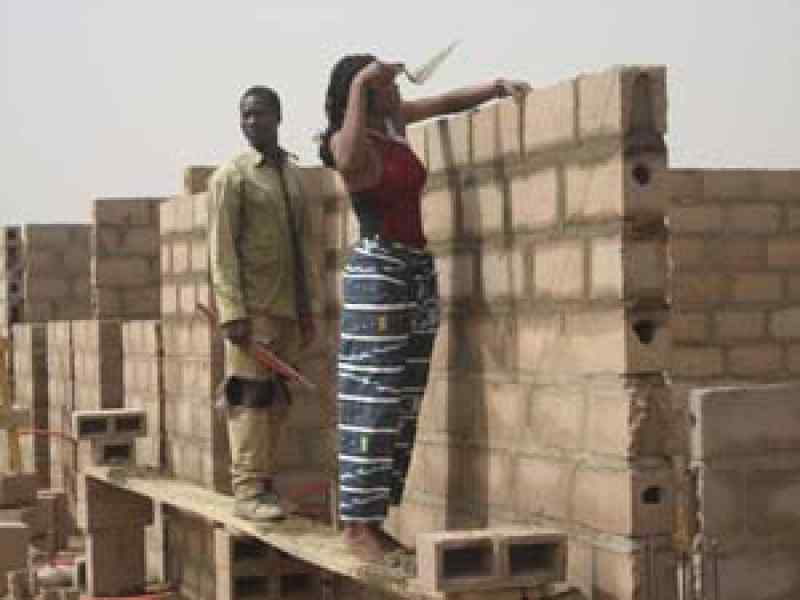 Over 200 African women from all walks of life have already signed up for a clitoral reconstructive procedure that will enable victims of female genital mutilation (FGM) to have their sexual organ of pleasure restored.

The surgeries will take place at The Pleasure Hospital, also known as Kamkaso Hospital, in Burkino Faso, Africa. Construction of the hospital is already under way thanks to the fundraising efforts of Clitoraid, a non-profit, U.S.-based organization founded by Rael, who is also the founder and leader of the International Raelian Movement.

The following letter from Abibata Sanon, a Raelian guide who has already had the surgery and is in Burkina Faso watching the hospital go up day by day, expresses the sense of great anticipation and joy experienced by those who will benefit most:

I have wonderful news!

The Pleasure Hospital [Kamkaso hospital] is for the women of Kama, which is the native name for Africa. Construction of this facility is a voyage into the deep ocean of women’s love worldwide because it brings hope to millions of genitally mutilated women.

Ever since Clitoraid decided to build this facility to help FGM victims regain their flower of pleasure, we Kaman women are so excited! It’s such a great gift of love, and we can’t wait to welcome all the doctors and specialists who will be volunteering their time and energy to come here and provide their services.

Here are just two of the responses received from those anxious to have the procedure:

“I am more than 60 years old and I have grown-up grandchildren, but I want to have the surgery and feel the results before I die,” said a retired high school teacher.

“Please build the hospital quickly – I want to discover what the pleasure is and talk about it with those around me,” said a female farm worker from a remote village in the district of Tenkodogo in eastern Burkina Faso. “I don’t have enough money to have the procedure without Clitoraid’s assistance and the reports from women who have already had the surgery get me so excited!”

The hope brought by the hospital is reflected in the glittering eyes of these women. But it also shows in the eyes of some of the local men. Clitoraid volunteers say many husbands are also calling in, asking the organization to help their wives regain their ability to experience the pleasure of sex.

With all this excitement growing, the building of the hospital has just passed its most difficult phase – obtaining all the necessary permissions and signatures and related documents. With official authorization to build granted by the town’s mayor two months ago, the ground work is now completed. The foundation and the ground surface of the building are finished and the walls are going up.

Visiting the construction site brings a feeling of beauty and happiness that’s hard to describe. Many of us enjoy going there almost every day to visit and to help the male construction workers as much as we can. It’s so much fun to take a brick and hand it to them saying, “Here’s one more clit for you to build!”
The atmosphere around the construction site is like a playground even for the workers, who get a foretaste of pleasure-in-the-making.

“It’s really fun working here with people,” Pierre Bolduc and Claude Brideau told me. They are two volunteer builders from Canada who came thousands of miles to help construct the hospital. “We’re doing things with limited tools but we’re generating a lot of happiness,” they said.

On that occasion, from Gabon to Cote d'Ivoire to Burkina Faso, members of Clitoraid were interviewed by local media. They said the number of new women calling to have their sense of pleasure restored has increased, and that support for the facility now under way is incredible. At this pace, we may need a second pleasure hospital right away!

And with the first hospital now rising from the ground and visible, local community interest in the project is also escalating. You get the feeling something very nice is happening: The chiefs of the two villages that previously owned the land on which the hospital is being built have happily paid a visit to the construction site. And invitations to the mayor and other government officials to freely visit the site will soon be issued.

The day celebrating the hospital’s completion will include a night-long “celebration of pleasure” with Clitoraid volunteers, government officials, the people of the villages and the city of Bobo, and everyone else who supported “Adopt a Clitoris,” the Clitoraid project that raised the funds to make the dream of the new hospital a reality. That day will be a very big day for us all!