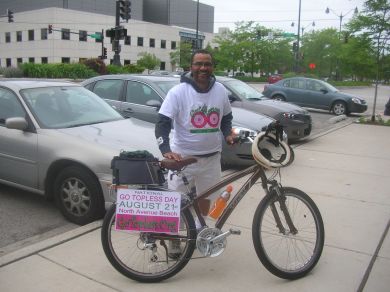 The Raelian philosophy teaches that there is nothing more disappointing for our creators the Elohim than to hear people say that nudity is something bad since our naked body is the image of what they have made.
The purpose of clothes should only be to protect ourselves from certain weather conditions or for artistic purposes but should not be something that is generally imposed in public.

Upendra who attended the Washington DC rally tells us: "We were celebrating the power and individuality of the human body. What an experience it was - there were 13 of us altogether. We had everybody smiling. Tourists, bus and taxi drivers were hooting, honking and taking pictures of us. We even had the police officers smiling. We biked around the Capitol Hill as well."

Chicago WNBR participant Larry reports: "The gigantic parade of bikes caused bars, restaurants, and night clubs alike to empty onto the streets. People poured onto the sidewalks from their homes while others chose to view the lively spectacle from their windows, balconies and roof tops. Our caravan passed along the famous Michigan mile, by the renowned Wrigley Field, and through many of the other famed streets of Chicago. The Chicago Police Department cleared the path all along the route as it twisted and turned, meandering through the central city and the surrounding neighborhoods. On this night, loud cheers, applause, and exuberance, greeted the parade of bikes at every turn and put warm approving smiles on the faces of people all along its path." 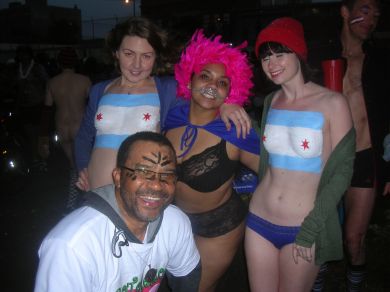 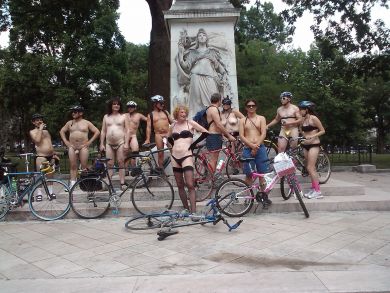