Very proud and very happy of this nomination 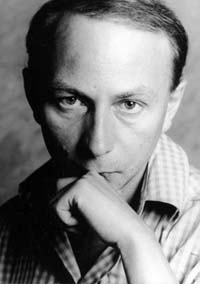 Michel Houellebecq has been nominated Honorary Guide.
The Prophet RAEL awarded this honorary title to Michel Houellebecq, a French philosopher, for his last novel, where he describes a religious movement inspired by the Raelian Movement even if mixed with fictions, and where he envisions a future where human cloning and memory downloading give humanity eternal life through science, a prediction made by RAEL himself more than 30 years ago.
Rael also declared : "Because of his integrity and his exemplary honesty for having said only respectful words about us in spite of the media pressuring him to say bad things about us, and the extraordinary media interest in us that he generated all over the word, I decided to name him Honorary Priest of the Raelian Movement".
Informed of his nomination by RAEL, the famous French author declared : "I am very happy and very proud of this nomination, especially because I am the first and only French citizen to be given this title."
The award will be given to Michel Houellebecq personnally at a special ceremony to take place in the coming months.