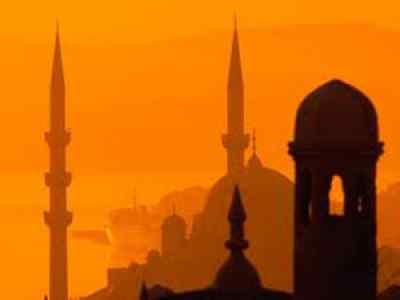 Rael has expressed today his support to the Minister of Foreign Affairs of Norway. Jonas Gahr Store, who has rejected the proposal made by the Saudi government and wealthy private entrepreneurs for the financing and construction of mosques in Norway.

In compliance with the Norwegian law, foreign countries are granted to provide financial support to religious communities, but given the importance of these sums, the government must approve in advance the financing.

The Foreign Ministry has not only refused to approve it, but he has also replied to the Islamic Center Tawfiiq (the promoter) saying that "it would be paradoxical and unnatural to accept funds that come from a country that does not accept religious freedom." The Norwegian Minister of Foreign Affairs Jonas Gahr Store has also added that "we could simply say no, the Ministry does not approve, but we have taken the opportunity to add that the approval would be paradoxical until it is a crime establishing a christian community in Saudi Arabia".

"Minister Jonas Gahr Store is 100 percent correct", stated Rael. "All non-Islamic countries of the world should do the same thing: ask Islamic countries to authorize the building of churches, grant the right to apostatize from Islam and the right to convert to Christianity or any other religion, and allow Christian missionaries and envoys from other religions to work there. As long as they refuse these rights, no new mosques should be built anywhere else in the world.”
Rael also added that this principle should also apply to synagogues. “As long as Israel doesn't authorize other religion's missionaries to work toward converting Jews, no other countries should allow the building of synagogues. We must remember that it is presently forbidden by Israeli law to spread other religions or to try to convert Jews."