"Our team had spent many months preparing for their journey to bring the Raelian Messages to Jamaica and to spearhead the birth of the Jamaican Raelian Movement. We headed into the path of Hurricane Sandy – arriving in Kingston on Tuesday, October 23rd just in time to get some emergency supplies before the storm swept through the city. 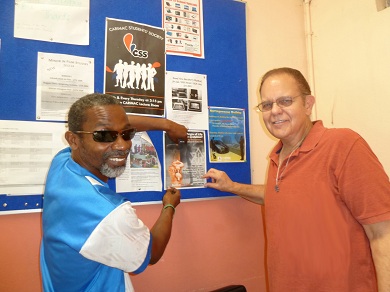 Before leaving the USA, a conference had already been arranged at the University of the West Indies (UWI), and a TV interview was in the works that would be aired throughout the country during prime time on the largest Jamaican TV network. Emails and Press Releases were sent to the media, and arrangements were made for an advertisement in the Sunday edition of the Jamaica Gleaner which is the country’s leading newspaper. 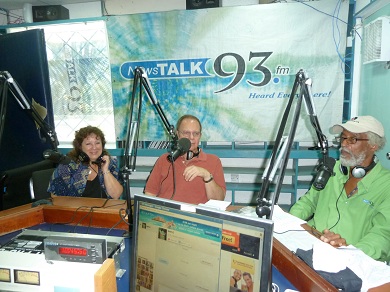 We were guests on the Newstalk 93 FM radio show “Straight up with Jerry Small”. There was considerable interest in the Raelian Messages’ explanation of The Creation of Humanity. Jerry Small also enthusiastically discussed the Clitoraid project. 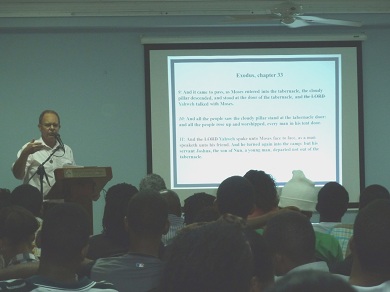 The UWI conference was on Tuesday - one week after arriving in Jamaica. A Jamaican was the MC of the evening, welcoming the audience of 70 people, and introducing the speakers. The first presentation was about FGM and was followed by the main topic: “The Third Alternative to the Creation of Life”. The presentations were followed by a lively question and answer session. Following a short break, those who were interested stayed on for a meeting to learn what it means to be Raelian and to understand the organization of the Raelian Movement. Some of the attendees said that they would like to become active in the Raelian Movement. Several mentioned that they would like to “officially” become Raelian by having their Cellular Transmission performed. Most importantly, it was explained that our intention is to help them establish their own Jamaican Raelian Movement that will be headed by a Jamaican. 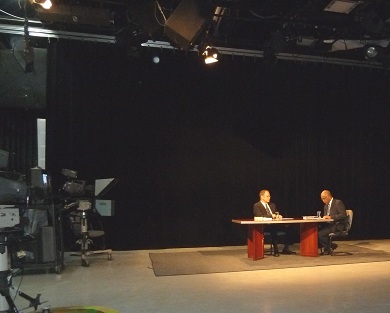 The day after the UWI conference, there was a 40 minute interview by Ian Boyne for his weekly TV show “Religious Hardtalk” which is aired throughout Jamaica every Tuesday evening and is also available online. The show, which explores religious beliefs and concepts, is very popular amongst Jamaicans who are predominantly conservative religious Christians. With his strong academic background in Comparative Religion, and as pastor of a church, Ian Boyne is most qualified for discussing religion. His charismatic manner, especially while asking penetrating questions, was always respectful and friendly. The taped interview will likely be aired at the end of January, or early February.

This ends the first chapter in the history of Jamaica’s Raelian Movement. And the next chapter is already beginning… :)"
Search Raelianews
News Categories
Other News
‹ ›