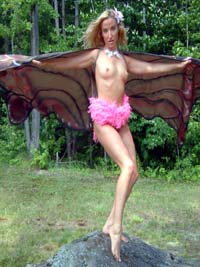 It is on this premise that many women have indeed been violated, in that sexual suppression and the subsequent denial of sexuality to be part of the fundamental make-up of every human being, has lead to mental imbalances, aggression and acts of violence. In that sense, women working in the sex industry are contributing much more than Catholic Priests to a healthy society.

A conscious man or woman who freely chooses sexuality as a career path should be given the same respect and social support as that of any other professional, rather than perpetuating the myth of sexual sin. Forgiveness and compassion need not be given to those liberated enough to enjoy their sexuality, but to those who continue to suppress and burden society with their archaic values and moral limitations.

While society continues to foster the notions that sex and sexuality are acts only to be shared between marital partners, it continues to suppress mental awareness and growth. In order to move forward we need to dispel these notions of the human body as being a dirty secret, and embrace sensuality and sexuality as a healthy function of humanity, as taught by RAEL, spiritual leader and founder of the Raelian Movement. He will be giving a one-week seminar from May 13th to May 21st, in Las Vegas and on this occasion, on Wednesday the 17th, the RAEL’s girls will be joined in their action by the numerous US Raelians who are coming to attend this annual seminar.