Nuclear weapons: “Others have it, so we must keep it”

The solution, a simultaneous destruction of all stocks 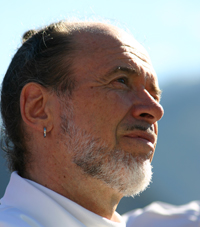 “Britain will keep nuclear weapons for as long any potential enemy anywhere in the world has them” said John Reid, the UK Defense Secretary. “The fact that they are useless against international terrorism is no argument for getting rid of them when other countries are acquiring nuclear weapons” he told the House of Commons Select Committee on Defense this week.
Here is the comment of the Prophet RAEL:
This is the never ending story of "others have it, so we must keep it" until a nuclear holocaust happens....and of course if those who have it, keep it, how can they ask those who don't have it not to make it, except if there is a double standard. The only solution is a simultaneous destruction of all nuclear weapons in all countries supervised by the United Nations, and starting with those having most of them like the USA and Russia, in a step by step action reducing from 10,000 to 1,000 , then to 100, then to 10, then to nothing, simultaneously in all countries, so nobody feels threatened, and at the same time allowing ALL countries without exception to have it.
How can the United Nations make a scandal about Iran getting one nuclear weapon while the USA has 10,000 of them and Israel 100? The non-proliferation treaty is a scandal trying to help superpower to keep their advantage and world domination. It should be replaced by a progressive equal denuclearization treaty authorizing all countries to have the same amount of nuclear weapons and forcing them to reduce their stocks simultaneously until there are no more nukes on earth.
It's the only way to save mankind. If not, everybody will keep it, arguing that others still have it...