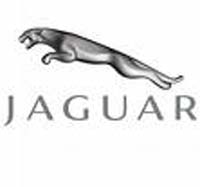 The Tables are Turning

One of the most prestigious auto companies in the world, Jaguar, has been a global giant for 50 years. But like its neighbors across the pond in the US, the once great manufacturer has been having trouble keeping the lights on. The prestigious company was purchased by India earlier this year.

The Prophet Rael commented “What a great revenge: to see a company from India, a former British colony, owning the most famous British car manufacturer. It’s so wonderful. Gandhi must be laughing on the planet of the eternals. (the “paradise” where all the greatest people from Earth are living eternally just as promised by Jesus and other Prophets) And that's just the beginning. India, China and later all ex-European colonies, including Africa if well managed, will soon have a great non-violent revenge by becoming the owners of all European famous brands.

For many, many years, the Prophet Rael has been promoting that all colonized countries peacefully but forcefully take back what was taken from them. Australia, Canada, US, Central and South America as well as Africa have all been colonized, pillaged and robbed of their treasure, land and culture. It’s so nice to see the beginning of the “collapse of the new Rome”. ;-)

For more on “The Planet of Eternals”, we invite you to read Intelligent Design, Message from the Designers, a free download from this site. Yes, eternal life does exist. Curious? ;-)