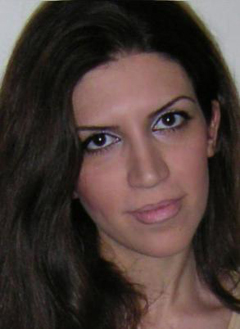 “As the leader of the Iranian Raelian Movement and therefore an atheist as well as a political activist, Negar couldn't possibly stay in her country" said Brigitte Boisselier, spokesperson for the IRM, in a statement released this morning. “She was forced to flee Iran when her family received word that she was about to be arrested and thrown into prison.”

The prospect of serving an indefinite sentence in an Iranian prison amounted to a likely death sentence, Boisselier said.

“She fled arrest and made it across the Turkish border just in time, but was later arrested by Turkish authorities when she couldn’t produce proper papers,” Boisselier explained.

“She was then thrown into a Turkish jail, where she suffered dreadful conditions that were life-threatening due to her lung ailment. What’s more, Turkey was going to send her back to Iran to face certain death.”

“We protested in force at Turkish embassies to great effect, and the media, including the BBC and Istanbul’s main daily newspaper, also put tremendous pressure on the Turkish government to do the right thing,” Boisselier explained. “The Turkish authorities gave in, so Negar’s story has a happy ending. After two years of paperwork and offers by Raelians in many countries to host this brave young woman in her quest for asylum, she will finally arrive in Las Vegas at 3 p.m. today. For the first time, she will be able to state her beliefs openly and live her Raelian views in freedom and harmony. We eagerly await her arrival!”

Boisselier added that Las Vegas Raelians wish to thank Senator Reid and his staff for their assistance in hastening Negar's asylum application process.