Hope for Religious minorities in France 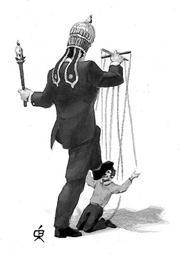 The French Raelians have one more reason to celebrate following the decision of the European Court for Human Rights that found that the freedom of speech of the author of a book criticizing the movements against the sects in France, has been violated.

France has indeed been condemned on December 22 for violating the freedom of expression of Christian Paturel, lawyer and author as he was condemned by a French Appeal Court, for the book he wrote that illustrates a few cases involving the « UNADFI », an association for the defense of the family and the individuals. The Unadfi gets its funds mainly from the French government and is supposed to inform the public about Religious minorities. However it seems that its mission has been more to help members of religious minorities to loose their job, the custody of their children and their dignity as documented in Christian Paturel’s book as well as in the book recently published by the Raelian Movement under the title “ Proud to be Raelians”, available in French only.

Thanks to the European Court, the French Raelians believe that their freedom of belief will be a little more respected in the country of France that considered itself as the country of the Human Rights.