None of them are cloned 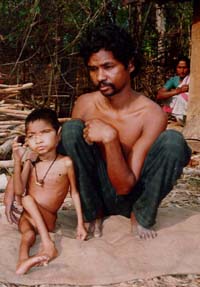 Eight million babies born with defects, none of them are cloned
Almost eight million children world-wide are born with a serious genetic birth defect each year, according to the first comprehensive global analysis of the problem conducted by the March of Dimes health agency. Their report reveals at least 3.3 million under-fives die annually because of a serious birth defect. and an estimated 3.2 million of those who survive may be mentally and physically disabled for life. On top of this, hundreds of thousands more are born with serious birth defects linked to exposure in the womb to alcohol, or infections such as rubella or syphilis - but these are not included in the 8 million listed.

The Prophet RAEL made the following statement today:
So almost 8 million children are born every year with serious genetic birth defects...that's 6 % of the births... but the people and the media worry only about the possible genetic birth defect of cloned babies...
And there is no proven cloned baby suffering from genetic birth defects. For sure, thanks to serious systematic genetic screenings, the percentage of such cases amongst cloned babies would be much lower or close to 0%. But everybody talks only about the "dangers of cloning babies and that it's unethical because there can be genetic defects"...
If it's unethical to give birth to children with genetic defects, then "natural" sexual random reproduction (or scientifically unchecked reproduction) should also be
declared "unethical"... there are 8 million genetically handicapped children proven to
be born every year but nobody cares... but when babies are cloned, without any proof that they have a genetic problem, it 's immediately declared unethical... This is double standard at its worst, the fruit of conservatisms, orthodox anti-science religious prejudices cultivated by fear-spreading media and politicians.