To level our birth rate and get out of poverty 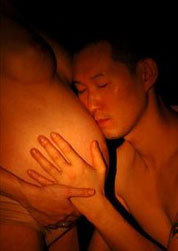 A UK parliamentary group says lately that “the UN's Millennium Development Goals (MDGs) are "difficult or impossible to meet" without curbing population growth”.
The global population is forecast to reach about nine billion by 2050. The group concluded that a high birth rate in poor nations contributes to poor health as well as education and environmental damage. Experts agree to say that no country has ever raised itself out of poverty without stabilizing population growth.
Earlier this year, the head of the British Antarctic Survey, Chris Rapley, said the Earth was struggling to sustain current population levels. Meanwhile we can still count an average of 5 children per family in Africa. The solutions are easy, to promote and make available birth control programs as well as the use of condoms.
Why is it so long to have it in place?
Rael commented the situation today:.
“Christian Churches and especially the Catholic one share the majority of the responsibility as they continue to promote the Bible which teaches to have as many children as possible, "go forth and multiply ", and fight against birth control. They are the criminals who are responsible for a real genocide which will see millions dying from starvation. Refusing birth control, especially in starving countries, is a crime against Humanity. As long as this part of the religious scriptures is not censored the catastrophes will continue. It was necessary long time ago to teach human beings to have as many children as possible to populate the Earth. It isn’t necessary any more and any responsible moral authority should teach birth control and adapt its "holy book" to the modern reality.
Will they wait until billion of people dye every day from starvation while giving birth to more babies, to change their stupid teaching?”