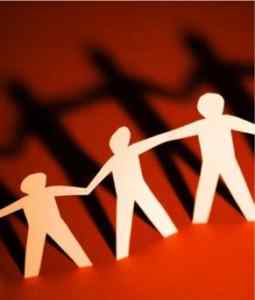 Rael has expressed his full support to the Notary in the Brazilian state of Sao Paulo who accepted a civil union between three people.
According to the Brazilian press, Ms Dominguez, the Public Notary, said that the man and the two women were entitled to family right. In 2011, the Brazilian Supreme Court had also ruled that gay couples in "stable" partnerships should be given the same financial and social rights enjoyed by those in heterosexual relationships.

Rael said : “ People should be free to create a family with as many people as they wish and of any sex.”
Ms Domingues, justified her decision saying that the idea of a "family" had changed which echoes the position of the Raelian philosophy that refuses traditional religious dogma.

Rael added: “Religious taboos of primitive obsolete religions must not try to dictate to people how they should live their private life.”

The Brazilian Raelians have expressed their support to Ms Domingues and their hope that the Brazilian legal system will not give in to the Catholic omnipresent pressure.