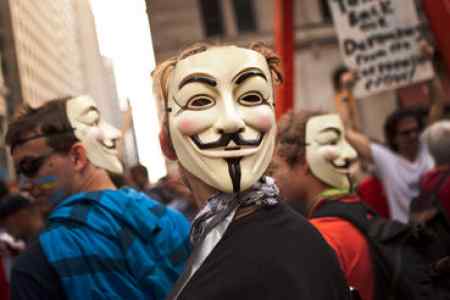 In a recent interview, Ferguson, Harvard’s Tisch Professor of History, described the extraordinary reversal of economic fortune between “the West and the Rest,” and explained that Western predominance is ending on our watch. As an example, he cited Europe’s attempt last week to obtain a bailout from China. In that attempt, the head of the European Financial Stability Fund flew to Beijing seeking Chinese investors willing to prop up European finances.

After hearing of this, Rael said, “It’s time for all the ex-colonized countries around the world to take revenge on the West. After all, it’s pure justice that the Asian peoples who represent almost half of humanity would dominate the world instead of the United States, which represents only 5 percent of the world’s population, or instead of the ex-colonizing countries – the United Kingdom, France, Holland, Spain and Portugal – which together represent even less than the United States.”

He added, “The only superiority of these ex-colonizers was to use brutal and barbaric force and use scientific provisional advances to enslave and pillage the whole world. And they are still doing it in Africa!”

Rael said that while he welcomes the fall of the West, he is concerned about the possibility of a third world war.

“Let’s hope that the Western powers being humiliated economically by their ex-victims will not use their only remaining advantage, i.e., their military superiority – especially their nuclear superiority – to try to reverse the situation by creating a third world war, which is the only solution to save the dollar and the euro. Thankfully, but sadly, China, India and Russia are also nuclear powers, and they are quickly modernizing their defenses. Any attempt by the West to invade them, as some warmongers in the U.S. military would like to see, will be not only a world catastrophe, but also a terrible defeat for the West, which will never recover and be relegated to a Third World level of development. Six hundred million financially broken Westerners are no match for 3 billion rich Asians.”

In his final remarks, Rael said he still hopes that peace will prevail, and that as just punishment for its past crimes, the West will humbly accept its status as the new underdeveloped world. He added that he hopes that the West will decide to promote a world government rather than make war, and that as a prelude to paradism (see www.paradism.org) such a government would consist of a federation of totally independent, human-sized provinces.

“The only obstacle to this Paradism is the greed of the super rich and the banks, who want to keep the superior power their stolen wealth gives them while they enslave the vast majority,” Rael concluded. “That's why I totally support the OWS movement and a new, total world revolution.”