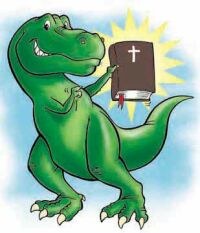 The head of the public affairs department for the Church of England, Rev. Malcolm Brown, issued a statement to mark Darwin's bicentenary and the 150th anniversary of his famous work "On the Origin of Species," both of which fall next year. The Reverend said the Church of England should apologize for misunderstanding Darwin at the time he released his findings and encouraging others to misunderstand him – even though no official apology has been issued.

An entire book could be devoted to the following topic but for the sake of this medium, we’ll just summarize a few of the most important highlights.
The first interesting thing is that churches are becoming more and more known for apologizing for their wrongdoings, many of which have been actual atrocities of the past. Being in the business of slavery, conquering indigenous peoples all over the world in the name of god, stealing their land, committing genocide, treating women as subservient, second-class citizens who are only procreation vessels, teaching that blacks or women had no souls…the list goes on and we are sure the churches will continue apologizing as they are eventually forced to on a case by case basis.

More interestingly, however, is the fact that many churches have started to realize that they have been wrong about so many things in the past which they judged heretical yet science eventually proved correct. But they never gave in easily! It always takes centuries to even admit they were wrong, much less to apologize! Over the past 5 centuries, science has proven wrong one “sacred mystery of life” after another and continues to bulldoze through ancient “only truth” dogma at the constant protests of religious leaders. No surprise. ;-)

This constant retreat from scientific advance has caused most modern day religion to somehow reconcile that Darwin was right on some level, if for no other reason than hundreds of millions of church-goers have been taught about evolution in schools and are leaving the churches in droves. As a result of this acquiescing, they have painted themselves into a corner by starting to admit their perfect truth was, after all, fallible. They have no room left now since they are even now starting to say things like “well, evolution may be true but if it is, it’s because God planned it that way…”
That’s a pretty slippery slope in our opinion.

The most interesting thing, however, is that the God/Evolution debate has been a black and white issue for 150 years. Any reasonably intelligent person understands that there are at least 3 sides to every 2 sided story. The God vs. Evolution has been a two-sided argument for these 150 years and, to Raelians, now been shown to be two dimensional in a three dimensional world. Play a black and white movie made in the 20’s on the most advanced plasma TV and it will still be black and white. In fact, the plasma TV will only illustrate more of the flaws. For Raelians, the messages given to Rael have done just that, shown old the old paradigms to be black and white and two dimensional when we, in fact, are all living in a very colorful, 3D, High Definition world.

Thanks to new information we received in 1973, we as human beings on Earth have the ability – even the responsibility to debate this hugely important topic from all sides. What is this third option? It’s a free download right here. Intelligent Design – Message from the Designers.

Most religions have many, many things to apologize for and if they are not careful (and quick!) will soon have to apologize for what will be one of the worst things of all for not having recognized the Elohim, the true Creators, when They contacted humanity through Rael in 1973. It would be a sad irony for the Church, whose mission it was to spread the truth about the Elohim to end up being the ones who stifled the truth.

As Rael said when he read about the Church re-thinking its position on Darwin, “…they argue and they are both wrong: no god, nor evolution. Thank you Elohim! It s time to promote atheist Intelligent Design!” (again, a free download riiight here) :-)
Search Raelianews
News Categories
Other News
‹ ›