By 2080 it will be routine to download oneís brain in a supercomputer.

The announcement of Rael confirmed by leading scientists. 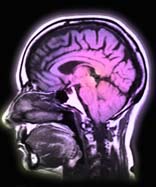 One of the challenging announcements of the Prophet Rael over the last 30 years was about our coming capacity to download our brain in a computer, a necessary step before reaching immortality by transferring this downloaded brain into a new cloned body.
In the past few days, Ian Pearson, head of British Telecom's futurology unit, told several media that the rapid advances in computing power would make cyber-immortality a reality within 50 years.
Pearson said that brain-downloading technology would be feasible by 2050 and a routine by 2080. According to the BBC, Pearson also predicted that it would be possible to build a fully conscious computer with superhuman levels of intelligence as early as 2020.
The future as presented by Rael in his books and teachings is being drawn now in front of our eyes by leading scientists. Immortality is not a fantasy anymore, it is the coming reality and our society needs to be educated to face it. This is what the Prophet Rael has been doing for the past 30 years.
If you want to attend his next one week seminar on related subjects, scheduled in Canada form July 16 to July 24, you may register online at www.rael.org