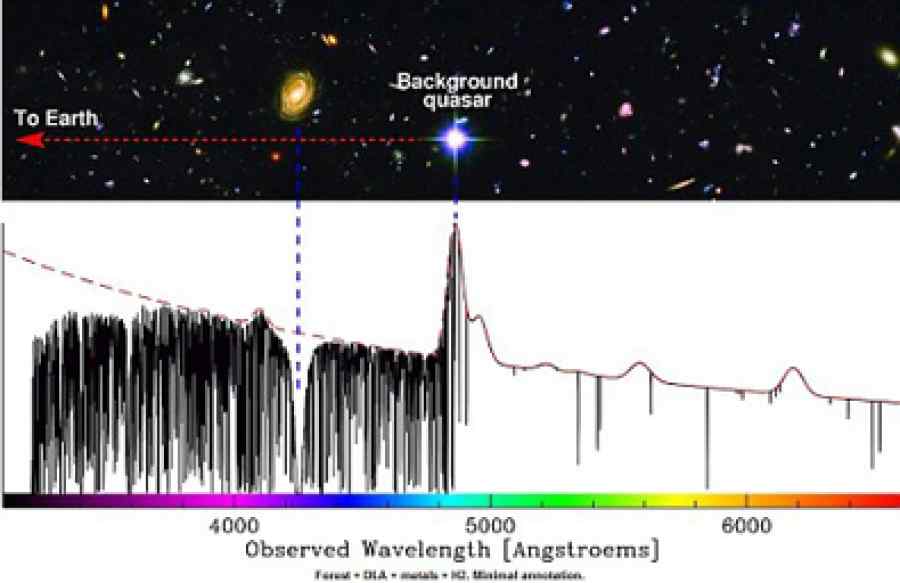 In his original book published in 1974, right after his first encounter with those who created us, Rael stated that nothing is constant in the Universe. He mentioned it several times regarding the speed of light, saying that it varies depending on where you are in the universe.
This was of course regarded as a joke at the time by the scientists who had the Einstein's theory as a dogma stating that the speed of light is constant.
Since then, several experiments have shown that photons could be measured flowing at a speed much higher than the known speed of light, or that they could be slowed down as well.

A study published on Oct 31st in the Journal Physical Review Letters brings another update on one of the laws of nature which was meant to be constant, the electromagnetism 'alpha' . According to research carried out at the University of New South Wales (UNSW), Swinburne University of Technology and the University of Cambridge, the value of 'alpha' in about 300 distant galaxies is very different, 'gradually weaker when going in one direction and gradually stronger when going in the other direction'. These new observations were obtained using the European Southern Observatory's ‘Very Large Telescope' in Chile.

This discovery is in clear opposition to one of the fundamental principles underlying Einstein's General Relativity theory and in perfect agreement with what Rael has been saying for 38 years. One of the authors of the study also commented: "The smooth continuous change in alpha may also imply the Universe is much larger than our observable part of it, possibly infinite."
The concept of an infinite universe is also very important in the Raelian philosophy. The Raelian symbol given to Rael by our creators is based on that principle, the universe is infinite in space and time. A concept with huge implication as the human brain is always trying to find a beginning and an end in everything.

The 'constancy' of physics, one of the most cherished principles in science is in perdition while the Raelian concept of an infinite number of variations in an infinite universe is now being demonstrated and studied by physicists.
Rael once said that we, Raelians, don't need to make an effort to demonstrate that our philosophy is sound, the scientists are doing it for us without knowing it. We just have to sit and watch them doing it. Another confirmed 'prophecy' of the last Prophet....