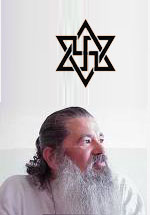 This news item is from Raelianews
https://raelianews.org/akko-incidents-israel-is-doomed-to-fail-if-it-doesnt-change.html