Excerpts of an article by Paul Chen 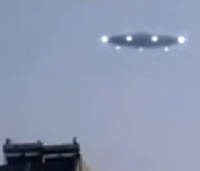 Excerpts of an article by Paul Chen published on

(Paul Chen doesn’t belong to the Raelian Movement as far as we know, we reproduce here parts of his article as we believe it deserves to be read by as many people as possible )

In the industrialized West, there evolved the prevailing Pseudo-religious dogma that human beings are at the centre of 'G-d's creation in the universe'. This dogma is the ideological motivation behind the on-going de-legitimization of the verifiable contact that people have had with Extraterrestrials (ETs). This apparent dogma has become the modern equivalent of the corresponding dogma, that "the world is flat", which Church and other elites centuries ago used to champion. In contrast, free of Western pseudo-religious based dogma, the Buddhist milieu of China, has freed their scientific community, with the support of government, and of community participation, to seek to explore UFO incidences and evidence of human contact with Extraterrestrials.

'Dogma' is a system of obfuscations, propaganda and related ideology, which elites present as "truth", with the aim to maintain social control, and to expand their own hold on power. Other examples of current operating dogma include schemes of socialization that aim to convince people that "capitalism promotes freedom and democracy", that "privatization is a good thing", and that "economic protectionism is a bad thing".

A notable example of dogma, in the context of the so-called 'War on Terrorism', is that "the U.S. and its coalition partners are waging war in Iraq and Afghanistan not substantively for oil, but to promote human rights;" meanwhile well-documented human destruction, suffering and oppression worsen.

UFO research is an appreciated and duly recognized science in China

This news item is from Raelianews
https://raelianews.org/exchina-foreign-ministry-official-says-extraterrestrials-live-among-us.html