Rael wishes to meet him 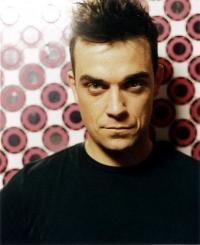 Robbie Williams has announced he wants to start his own religion and dedicate it to extra terrestrials.
Williams also told BBC Radio presenter Chris Evans that his planned religion seems to have more in common with the Raelian organization. He wants it to be “free and universal”.
He also said: “aliens are definitely on their way, seriously. Mark my words. From now until 2012 — watch out kids."

We certainly think they are on their way, provided that Humanity becomes less violent, as it is stated in the Messages given to Rael, the spiritual leader of the Raelian Movement.
Rael expressed his wish to meet Robbie Williams. Let’s hope such an encounter happens quickly so that we can join our efforts to prepare Humanity and welcome our Creators.