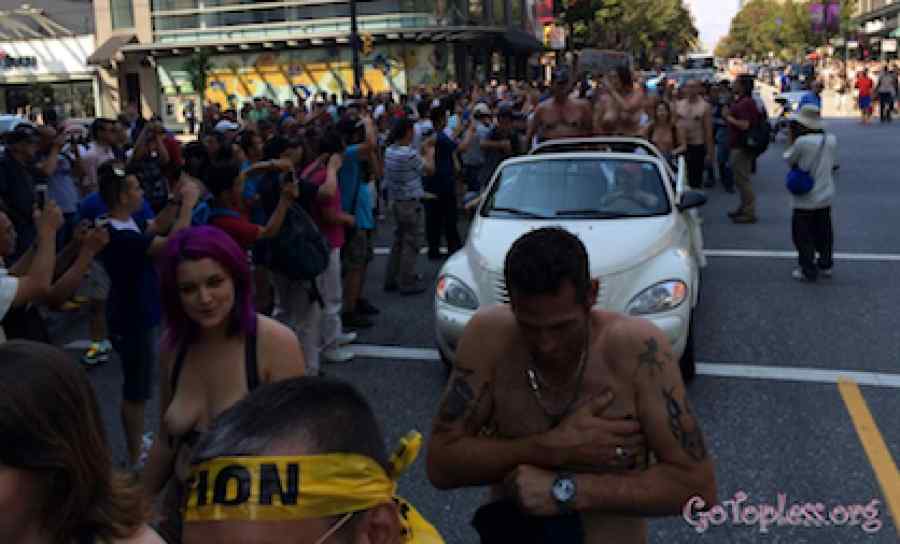 The struggle for equality between women and men is first and foremost the fight of millions of women around the world whose most basic rights are violated. While in some countries it is forbidden for a woman to simply drive a car, it is the responsibility of women in the "more advanced" countries to go out on the streets and protest so that a real equality of the genders sees the light of day.

This is exactly what many Raelian women did from coast to coast in Canada on August 24, 2014 during GoTopless Day!

Even though it is legal for women to be topless in public in Ontario and British Columbia, attitudes may not have followed legalization to the point where all women feel totally comfortable walking around topless wherever they feel like it. The reactions to the GoTopless event, be it from the media or the passersby, showed the usefulness of holding such an event; especially knowing that a few days later, after the GoTopless Day in Montreal, a three-year-old girl who was swimming topless peacefully in a public swimming pool was threatened with expulsion by the lifeguards if she did not put a top on. See also our press release on this story here.

About forty people supported Denise Belisle, leader for this event in Vancouver, by parading on Robson Street in a convertible while people jostled on sidewalks in order to have a closer view of the topless women. Smart phones and cameras were constantly clicking but the most important are the words articulated by Denise to raise awareness. In her megaphone, she asked men to respect women as they want to be respected themselves. She also asked those present to take a minute and think about all the women around the world who are treated badly.

In Toronto, Diane Brisebois and her team went to the beach for GoTopless Day. Several Toronto media covered the event by supporting this cause. Funny thing, a CP24 reporter questioned people whether they agreed that women should have the right to go topless on the beach, all answered with a "Yes"! It seems public opinion is perhaps better than we could imagine.

In Montreal, about thirty people supported the event leader Nadia Salois at the bottom of Mount Royal. This is the first time we held the event by the monument Georges-Étienne Cartier on which is inscribed: "Canada should be a country of freedom and all freedoms must be protected by law – Cartier 1867." It is in this context that Raelian women formally asked Justin Trudeau and Thomas Mulcair, the respective leaders of the Liberal and NDP parties, to enforce the Constitution. In a press release, Sylvie Chabot, Raelian priest and spokesperson of the event, answered the following when asked why it is necessary that the law changes: "Because the Constitution guarantees equal rights for both women and men, yet there are laws that go against the Constitution!" And it is not the Conservative party in power, with its retrograde laws, that will bring advances to this cause! There was everything on that day, women from different cultures who have shown their support for this cause, but also, according to Sylvie Chabot, the huge crowd of photographers caused by the event, mainly men, showing that there is still some work that needs to be done to have attitudes changed and for it to become normal to see women's breasts in public.

In this excerpt from a video where Rael talks about the need for women to go topless in order to assert their rights to equality with men, we understand the significance of the GoTopless event, it being a step of primary importance to lead humanity on the path of peace and love: "When you do not love yourself, when you feel guilty towards yourself, towards your sex, towards your nakedness , then you develop some hatred for others. And if you begin to love yourself, to feel free, to enjoy being topless, you will not want to attack anyone and self-love creates love from others, and increases peace and love on the planet." 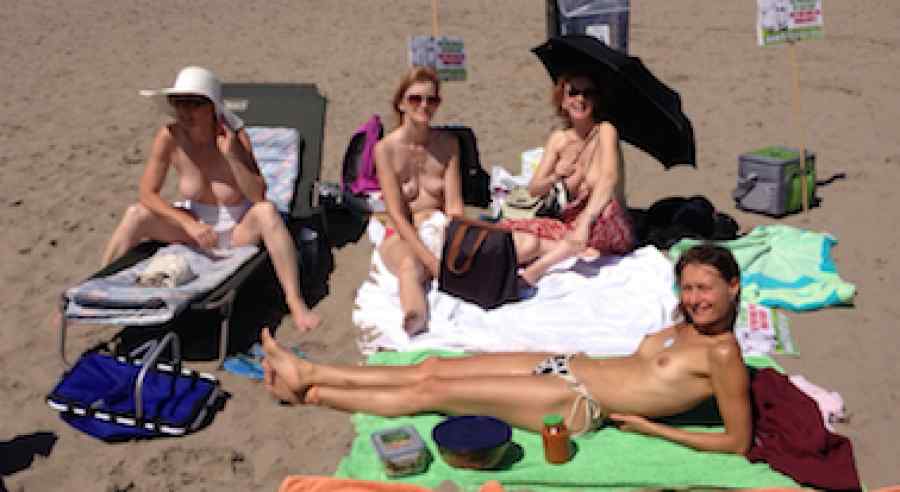 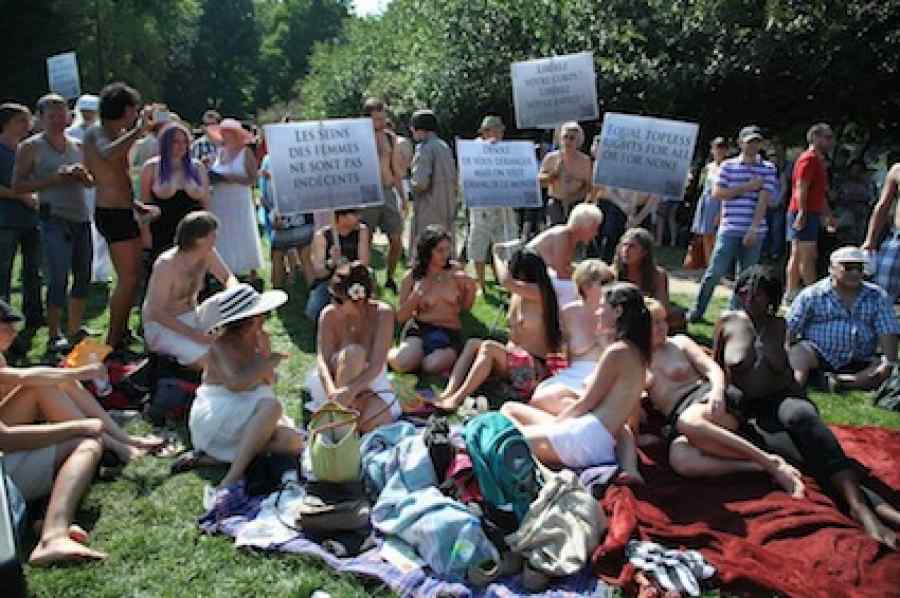 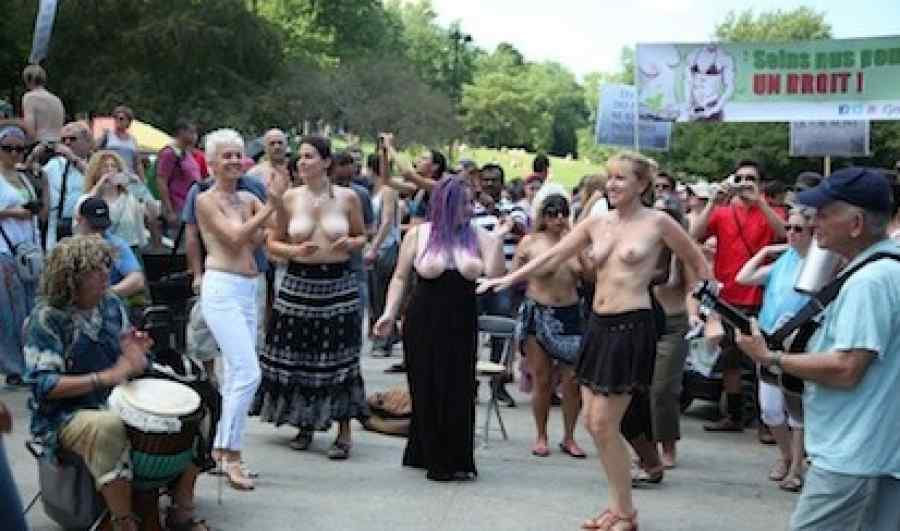