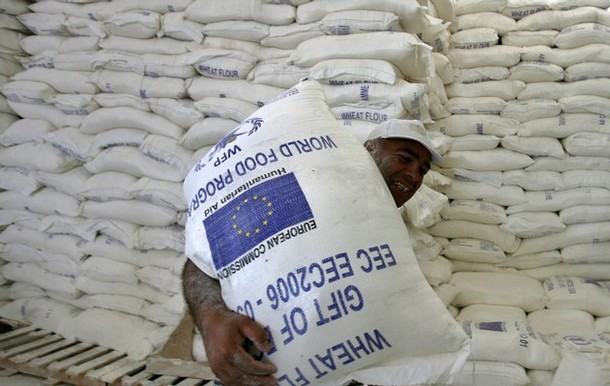 Both Palestinian and Israeli forces report that Israel just intercepted a Lybian ship bringing humanitarian aid to Palestinians. Similar stories are being reported that Israel has been withholding electricity, water and other much needed things from Gaza occupants. U.N. aid has also been reported being blocked, though they successfully delivered a few truck loads of aid through the Kerem Shalom border crossing last week.

Rael said “A few years ago, all big powers starting with the USA rushed militarily to help people of Bosnia. Yet now, why aren’t all the big powers of NATO, lead by the USA don't militarily escort the aid ships carrying food and medicine to Gaza and force their way through this criminal blockade? Are they waiting until hundreds of thousands of civilians die? They will not have the excuse to say "we didn't know". The whole world is watching. Who will have the courage to move before a genocide, which has already started, exterminates the civilian population?”

Is there any surprise that there are so many in the Muslim world who are so frustrated – even angry with the western world? Over and over again we are seeing the US and other NATO powers not offering aid to the Palestinians but instead silently siding almost unconditionally with Israel due to politically correctness which says any criticism of Israel equates to being anti-Semitic.

Indeed. The whole world is watching.