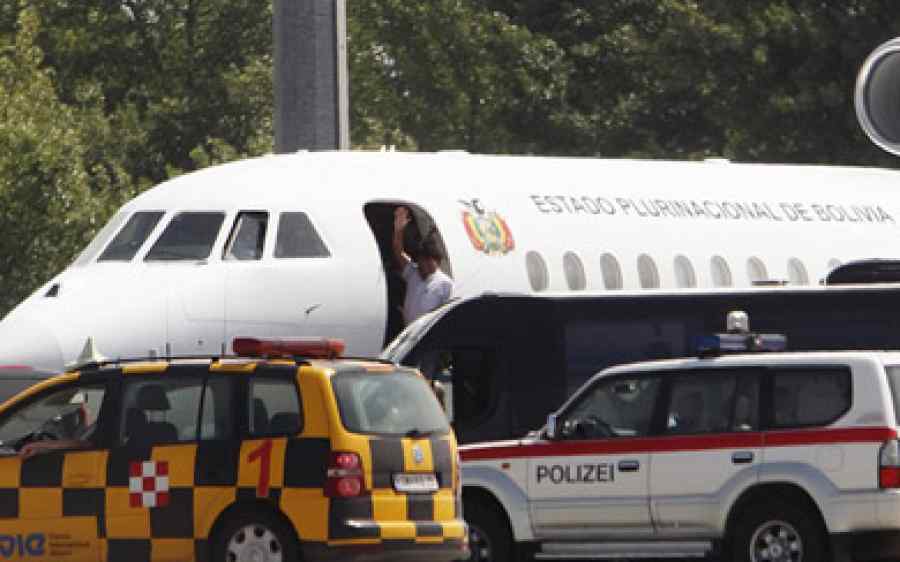 “The re-routing of President Morales plane reflects the recurrent colonial attitude of the European countries involved and is an insult to the people of Bolivia and to the people of South America.” added Rael. “Instead of treating Morales as a second-rate President whose plane could be searched, they should get inspiration from the presidency he represents, defending the right of his people against the biggest bully that is the US, standing up against discrimination and offering asylum to true heroes like Snowden.”
Rael has offered his support to President Morales on many occasions as well as to Ecuador President Correa for his decision to grant asylum to Julian Assange, and for the way they both champion truth and justice nationally and internationally. Rael applauds all political leaders who stand up to the bullying and economic pressure that the United States and all the United Nations puppet powers can wield. To expose the dirty secrets of these arrogant superpowers and their puppets is exactly what is needed to tip the scales of power in the world. And it’s high time for that to happen!

“The world needs thousands more hero like Snowden to have a peaceful and free future in which the people can be protected from the cancer of almighty Orwellian governments.” said Rael. “Such governments invade everybody's privacy in the name of a false 'security,' and they try to control everybody like robots”.