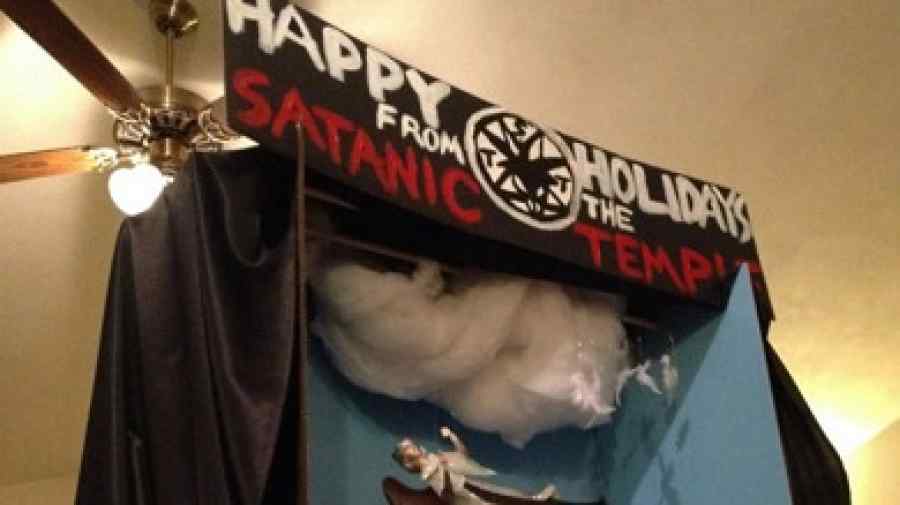 As Raelians, we believe that the court decision is great since there is no reason to accept statues and monuments honoring an imaginary god while not accepting monuments honoring their imaginary devil either. It is easy to see throughout history that one man's God is another man's Devil. We Raelians just deny the existence of one more God than monotheistic believers do.

Surely other atheist organizations are also celebrating this court decision as well and while Raelians are atheists, they do not fit into the typical atheist group since they believe life on Earth was created by an advanced race of extraterrestrials known as the Elohim in the Bible - as opposed to believing that evolution is the only alternative to "Theistic Creationism". Yet while Raelians consider themselves atheists, most atheists don't accept Raelians as atheists since we believe in something which cannot be proven. We would add here that evolution cannot be proven, either. As Raelians, we feel that the two-sided debate of God vs. Evolution is a go nowhere debate and that the idea that all life on Earth was created by an advanced race of extraterrestrials is a third option which makes much more sense than the 150 year old two-sided debate - and we can cite a large amount of evidence to support this claim.

In other words, Raelians are saying that neither God nor the Devil are real. Hang on to your hat here, ok? In 1973, Rael met one of the Elohim face to face. The extraterrestrial introduced himself as Yahweh. (God's name in the Bible) Yahweh told Rael that He (Yahweh) is the president among the Elohim's society, and that Lucifer and Satan are in fact two different members of The Elohim's race. Satan was one of the Elohim who was the leader of the group of Elohim who were against he creation of intelligent life on Earth, and Lucifer was the one who told the first humans on Earth that the Elohim were not gods at all, but simply human beings who were scientifically advanced enough to create life on Earth.

And since it's the Christmas season here's one more little tidbit for the reader. Rael was also told by Yahweh that the famous star of Bethlehem was no star, but that it was one of the Elohim's ships (aka UFO) which was guiding the primitives of the time to the location of the Elohim's offspring, Jesus, who was one of many prophets the Elohim sent throughout history in order to found religions and thus guide humanity. Feel free to download Intelligent Design for free and find out more logical explanations for the many Biblical stories you know about.

Regarding the court decision, Raelians are happy that the courts have no choice but to uphold the Constitutional premise which states that one religion should not be favored over another. An increasing number of state courts are granting equal rights to alternative view religions, citing the laws which prohibit favoring one religion over another.

And most of all, we Raelians are not holiday party poopers. We support any peaceful reason to celebrate and wish everyone Happy Saturnalia! The end-of-the-year holidays were originally a pagan festival called Saturnalia. It was Christianized by the pope and we want to restore the ancient name.
Search Raelianews
News Categories
Other News
‹ ›