Rael: ‘Turok is right – the universe has no beginning!

But that’s only part of it!’ 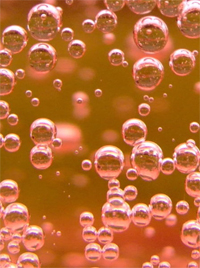 Cambridge University mathematical physicist Neil Turok has put forth what the mainstream media and academic press describe as a “new theory” about the universe that excludes the “Big Bang” event endorsed by most physicists.

According to Turok, neither time nor the universe has a beginning or end in what he terms ‘an infinitely repeated cycle of universal expansion and contraction.’ You can read a summary of his theory in an article published this week on wired.com. References to his work are also included at the end of this article.

As you can read in his book Intelligent Design, Rael, gave much the same explanation 33 years ago after receiving messages from the Elohim, advanced extraterrestrial scientists who created all life on Earth, including human beings.

“The universe is infinite in space and eternal in time,” Rael reported in 1973.
“Man is born one day, lives a certain number of years and dies, and would like everything in the universe to be limited in time as he is,” Rael wrote in 1974. “Our present-day scientists abide by the same rule and say the universe must measure so many kilometers and must be so many millions of years old. Whether in space or in time, we can measure only the part of the universe we can perceive.”

This news item is from Raelianews
http://raelianews.org/rael-turok-is-right-the-universe-has-no-beginning.html