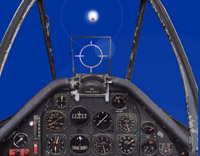 One of the biggest shows in the USA, Larry King, just interviewed 4 former U.S. Air Force officers who have all come forth with information kept almost completely secret for 40 years. ( http://jp.youtube.com/watch?v=tbUji0Ttcfo ) All of these former officers claim that a UFO “shut down” nuclear missiles at an air base in Montana in 1967. This is not the first time such an incident has been reported. Throughout the decades, many sources have claimed similar things happened. Allegedly, UFOs have disabled nuclear missile systems on several US bases – as well as other countries.

If it were a one-time claim it might be easy to brush off as hearsay, rumor etc. The fact, however, that similar stories have been reported from all over the world makes it not only plausible, but extremely interesting. Why would the intelligences in UFOs want to temporarily shut down humanity’s nuclear missiles or other weapons systems?

There are a few theories offered by UFO researchers which try to explain the reason for these visits over military bases as well as the weapons shut downs. Some researchers believe that governments and military think that these extraterrestrial intelligences are testing our capabilities and our strength, making sure they can cripple our military and that these intelligences might be planning to attack us when the time is right. However, although the records are not easily released, according to our own military records, it’s our military which have fired upon UFOs, not the other way around. They have not attacked us. So why would we attack them? The whole pre-emptive strike reaction doesn’t seem like it’s been well thought out. (is it ever?) How foolish are we to think that our weapons can harm a civilization capable of intergalactic travel? If it weren’t so primitive and sad, it would be hilarious! It’s as silly as primitives throwing spears at an F-16 jet fighter.

There is something very, very important here. When fired upon, the UFOs have not returned fire. According to the current government and military mentality on Earth, these UFOs we fired upon would certainly have the right to defend themselves and shoot back. But they don’t. So…maybe they neutralize our weapon systems in order to defend themselves from our past aggressive nature toward them.

We have to look at the track record here. Do any readers think we can trust governments to tell us the truth about pretty much anything? ;-) Governments have a power and paychecks to maintain. They are in the business of convincing populations that the (governments) are protecting us from other governments who claim they are protecting their people from our people. Protecting our race from theirs. Creating a culture of fear is how governments and religious institutions stay in power.

So what do we think would happen if the governments suddenly decided to tell their populations “we don’t know who is in these UFOs. We don’t know if they are here to attack us or not.” It is very possible that the masses would be very afraid thanks to this culture of fear which has always been perpetuated by these institutions.

Enter Rael and the Raelian Movement.

The Elohim asked Rael to inform humanity exactly who these visitors are because if humanity only understood who they are, no one would be afraid. Rael has been explaining for almost 35 years that these visitors are the Ones every religion referred to – the true Creators. They are the Elohim of the Bible, the Annunaki of ancient Sumerian text, and the gods of the Greek, Roman, Indian, (as well as Native American) African, Asian people whose ancient tales all told of the “sky people” or the “gods who came from the sky”. In fact, the word Elohim means “those who come from the sky” in the most ancient Hebrew language and it is important to know that it was mistranslated into a singular “God”. The Elohim are the Ones we have all been waiting for. All religions announced Their return for these thousands of years - and they will bring with them all the great prophets, who also promised humanity they would return one day. Jesus, Mohammed, Buddha, Zoroaster, Moses, Elijah, Joseph Smith (and over 30 others) will all return with the Elohim one great day in the near future…if we just welcome them. How do we welcome them? By laying down weapons and using science to save lives instead of take lives. We have all the intelligence needed to save this planet – if we just remove the power of the current religious and government institutions whose goals to date have been to maintain their own power and wealth.

By disabling our weapons systems, it seems most likely that the Elohim are letting governments know very clearly “You don’t need to fear us. We come in peace. We can easily neutralize your most powerful weapons and we do not return fire when you attack us. We just want to show you we are here, watching you. Please do not fire at us.”

The Elohim care for us so much. They even told Rael in 1975 that they will do what they can to keep us from self destroying for a certain amount of time. How long? You can read to find out in Intelligent Design. (download for free on this site) The point here is that they want to protect us from ourselves to a certain degree - but without getting directly involved. (also explained in detail in Intelligent Design) They are offering us all the tools, hoping we will enter what they refer to as “the Golden Age” in which science will solve every problem humanity currently faces. In order to enter this age, and we are soooo close, humanity just needs a little more …love. :-)