it was all announced 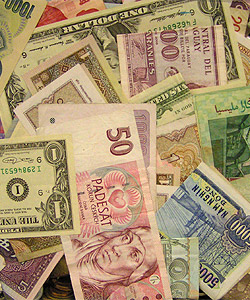 We see it all around us. The US Dollar is plummeting and starting to domino effect into other economic casualties world wide. Politicians have no solutions. Bailing out banks, printing more money and other such measures will only delay and even amplify the current disaster.
Such series of events was announced some 35 years ago when Rael received what we like to call the Messages from the Elohim which are actually precious amount of information abour our past, on how to improve our present and how to make a beautiful future.
Among those, the Elohim clearly said that at one point the economy structure as it is now will collapse and from that will emerge a much better world.
If you want to know more about what Rael was told on this matter 35 years ago, you may watch the short video listed on the right menu as 'Rael talks about Money'.
Enjoy:-)
Search Raelianews
News Categories
Other News
‹ ›